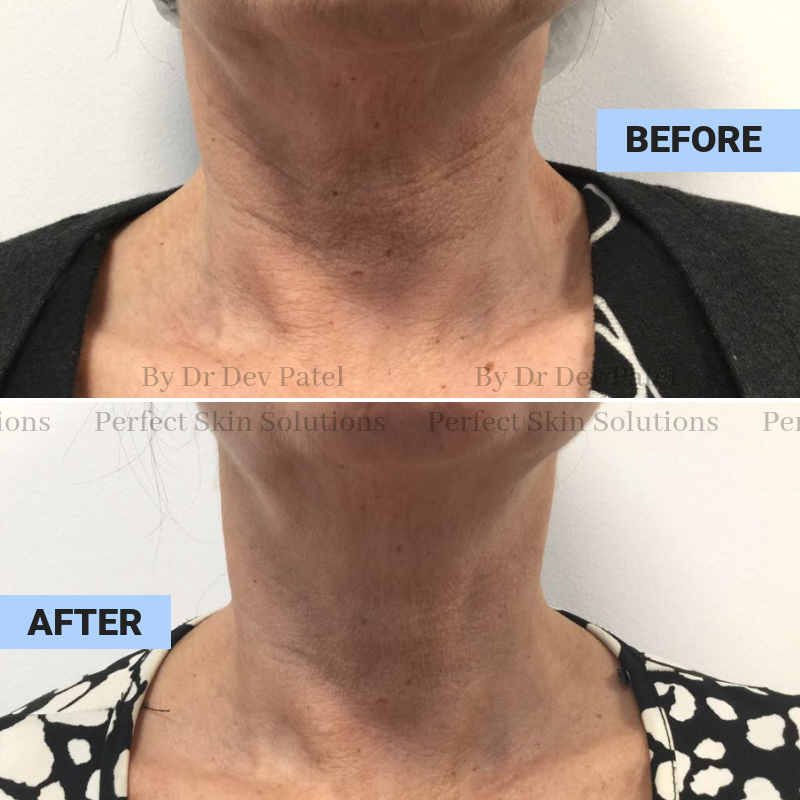 Please note times stated below are a guide only and vary between patients.

Aftercare advice will vary depending on the area/condition treated and we will give you clear written advice on this before you leave our clinic.

Following hair loss treatments, do not wash hair for 24 hours.

Mesotherapy is a medical specialty that involves injecting microscopic quantities of natural extracts, homeopathic agents, pharmaceuticals and vitamins directly into the skin where it is needed.

Mesotherapy is not new. After its discovery by Dr Michel Pastor (1924-2003) over 60 years ago, mesotherapy was used to treat medical conditions such as osteoarthritis, fibromyalgia, chronic pain, depression and anxiety. However, French doctors soon discovered that the technique could be used to treat skin conditions such as cellulite, stretch marks, wrinkles, hair loss and acne. In addition, mesotherapy can promote weight loss and is used in body sculpting and firming of the skin.

Orally administered medications suffer from a disadvantage; they must first pass through the gastrointestinal tract and liver before they are released into the bloodstream. This significantly reduces the amount of medication that actually reaches the affected area. Only a small portion of medicine designed to treat an inflamed knee, for example, actually arrives at the knee. Most of the medication is distributed throughout the body in a diluted form. By contrast, mesotherapy uses a much smaller dose of the same medicine, which is injected near the knee. Because the skin acts as an efficient time-release delivery system, the remedy is faster and longer lasting.

Mesotherapy is more a principle of treatment; delivering key nutritional elements such as vitamins, directly to the area of concern. Therefore, the primary consideration in regard to safety is the product which is being injected. Dr Patel only uses products from Toskani, which is one of the most internationally recognised mesotherapy and medical cosmetic firms. Mesotherapy has been around for over 60 years and is practiced in countries around the world, including the U.K., France, Switzerland, Belgium, the United States and several South American nations. We avoid certain applications of mesotherapy where strong evidence of efficacy and/or safety is lacking, or because we already offer highly effective alternative treatments.

How can mesotherapy help hair loss/thinning?

Mesotherapy introduces tiny quantities of traditional pharmaceuticals, vitamins, mineral and amino acids into the skin. Using a specialised cocktail, the scalp is essentially given a vitamin boost which can also improve the blood circulation in this area. Better circulation allows the hair follicles to be better nourished and improves hair re-growth.

As many as six sessions of mesotherapy treatment for hair loss over a period of four to six months may be required but results will probably be visible after just a couple of sessions.

Mesotherapy can potentially eliminate the need for hair transplant surgery. However, mesotherapy treatments work best when toxins are eliminated from the diet and the client is following a healthy exercise program.

What is androgenetic alopecia?

Androgenetic alopecia (AGA) is the commonest form of hair loss affecting both men and women. Almost all men and women with AGA begin to lose their hair prior to the age of 40 and many will commence losing their hair by the age of 30. AGA affects around 50% of men and 20-50% of women by the age of 50 and is distinguished from all other types of alopecia by its gradual onset.

Although AGA is considered by most doctors to be a cosmetic condition, it can have significant psychological and physical effects on those affected by it. Women are particularly prone to suffering the adverse psychological effects of hair loss, as a thick head of hair is a highly valued aspect of feminine beauty in almost every culture.

Women usually present with diffuse thinning of hair on the crown of the head. This pattern of hair loss is classified as Ludwig stages 1-3. V-shaped temporal recession does occur in women but usually to a lesser degree than in men. In general, women maintain their frontal hairline.
AGA is inherited however, the exact mechanism of inheritance has not been determined. It is also likely that systemic or external factors also play a role.

Which cosmetic conditions can Mesotherapy treat?

Although Mesotherapy is used to treat a broad spectrum of injuries, illnesses and medical conditions, it is also employed to treat cosmetic conditions, including hair loss (alopecia), acne, cellulite, stretch marks, scars and wrinkles. It can also be used to reduce and contour fat.

What are Mesotherapy's anti-aging and skin rejuvenation uses?

Subdermal vitamin injections rejuvenate the cells, making them more active, and thereby stimulating the production of collagen and elastin. You can begin anti-aging treatments in your mid twenties to prevent wrinkles from forming. Treatments for the face, neck, arms and hands are recommended several times each year.

When Will I see Results?

Results vary depending on your body type and the condition being treated. On average, patients notice visible improvement in two to three sessions. For certain conditions, patients see results after the first session.

Will the results last?

With body treatments for fat and cellulite, results do last, especially when combined with exercise and proper nutrition. However, we cannot stop the natural ageing that affects your skin, when considering the face or body. For this reason, we recommend regular maintenance visits. 2-4 treatments a year can ensure continued super-nourishment of the skin and the results will speak for themselves.

Are the treatments painful?

Not much. You may feel a slight pinching or burning sensation when the injections are administered. Bear in mind that injections are very superficial; being just under the skin. Dr Patel uses probably the world’s most advanced injecting device, which allows very depth-precise injecting. This also means that an extremely fine needle can be used and with the device injecting at such high speed, the patient can relax in relative comfort during the entire treatment.

Are there any side effects?

Aside from the possibility of some bruising, which generally resolves over one week, the risk of side effects is extremely low. To speed up the healing process, we recommend that the homeopathic remedy, arnica, be applied topically on a daily basis. Patients may experience temporary soreness. This will subside within 24-48 hours.

Do I need to do anything before treatment?

Please avoid caffeine and other stimulants in the 12 hours prior to your treatment.